New for Sage 300cloud: Great Features Add to Its Usability 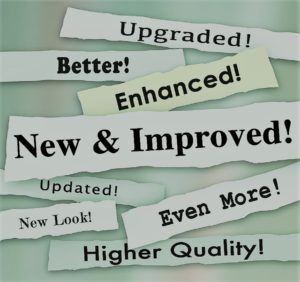 Sage 300cloud (formerly known as Sage 300) is an exceptional business software product. Not only does it include both classic and web versions, it integrates with Microsoft Office and other common business software packages so that you do not need to hire a special developer to integrate your software with existing products you are using. It’s a robust tool on its own that easily connects with others to form the perfect software package you may need for your business.

Everyone loves a classic and Sage 300cloud (formerly known as Sage 300) users are no exception. Sage 300 “classic” edition remains quite popular. The latest update to Sage 300 classic screens changes the visual process and workflows. It’s been enhanced so it is easier to follow on screen. Redesigned buttons also make information easier to find and access. Instead of menus and toolbars, a ribbon now appears on the desktop. This is another feature aimed at making information easier to find. New themes are also available for visual process flows.

Sage 300cloud (formerly known as Sage 300) remains a popular product among manufacturers and businesses worldwide. With so much flexibility and power in one ERP system, it’s a great choice for many companies.

IWI Consulting Group helps Canadian businesses and non-profits choose and adapt the best enterprise resource planning (ERP) software for their needs. Small to mid-sized companies will find the help and resources they need to choose the right software at the right value. For more information, visit IWI Consulting Group or call 1-866-916-3851.

Provide us with your email and you will be instantly connected to the latest news in the industry with access to our Newsletters that are distributed regularly.